I stopped in to see if the latest repairs at the Azel Hawkins cemetery held up after 4 cold, rainy days with the epoxy curing. All is well. Hollis expects to finish next week. The cemetery looks a lot different then when we started working on it more than a year ago. --Marty

Note that Hollis raised many of the foot stones:

Posted by John at 3:26 PM No comments: Links to this post 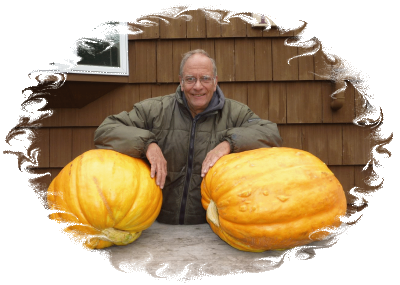 Picture by Marty, bad jokes by John.
Posted by John at 2:28 PM No comments: Links to this post 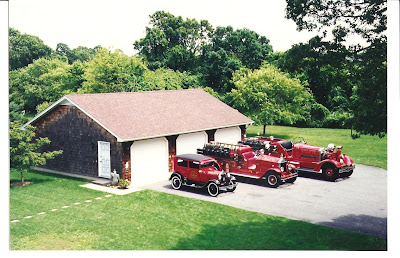 I recently received this email on a local Brookhaven Hamlet institution which I would like to share.

The Shady Grove Antique Fire Department was started in 1968 by Jim Verni of Brookhaven, Long Island, New York. Jim is originally from Baldwin, New York, where he was a member of Hose 2 of the Baldwin Fire Department in 1950. At that time, one of the fire trucks housed at Hose 2 was a 1929 American LaFrance type 92 which he responded to and sometimes drove to alarms.

He was later married to his wife Mary and purchased a delicatessen on Hastings Street in Baldwin. At this time he could no longer volunteer at the Baldwin Fire Department. Jim and Mary Verni moved to Brookhaven, New York and opened up another delicatessen in 1957 after selling the one in Baldwin. Years later in 1961, Jim Verni joined the Brookhaven Volunteer Fire Department.

In 1968, a customer came into the deli and said he had just purchased an old fire truck that had been used on Fire Island for several years. Jim found out that it was the same truck that he had ridden on and driven when he was in the Baldwin Fire Department. It was in real bad shape but it still had the word “Baldwin” painted in big letters on the hood. Jim bought the truck for $500 and restored it with the help of family and friends and put it in local parades.

In 1969, Jim acquired a 1942 Ahrens Fox Piston Pumper originally from Harrison, New Jersey model #HT3457 and restored that also. Jim later found out that the Ahrens Fox had quite a history of its own. The Ahrens Fox Company stopped manufacturing fire trucks between 1942 and 1946 to build parts for the war effort. Only one truck was built during this time from spare parts in stock with serial # HT 3457. It was nicknamed the War Baby. Jim being an Army veteran that enlisted in 1946 was very proud to show of the War Baby and tell about its history.

In 1981, Jim Verni sold the 1929 American LaFrance and the 1924 Model-T to a collector in Springfield, Missouri. In 1985, he sold the 1926-1915 American LaFrance Ladder Truck to a collector in Tennessee. In 1987, Jim sold the 1941 Mack to his son, Michael also of Brookhaven. In 1989, Michael also bought the 1942 Ahrens Fox from his father and sold the Mack to a collector in Boca Raton, Florida. In 1990, Mike bought a 1929 Ford Model-A and restored it into a Chief’s car. Jim never pumped the Fox while he owned it but Michael wanted to see how powerful the HT models were. Mike was able to get in touch with Kurt Nepper of Ahrens Fox. He had buildings full of parts and sold Mike all the parts needed to rebuild the pump. The Fox now pumps 1000 gallons per minute and participates in pumping events along with other Foxes at musters.

In 1997 Michael, without his father’s knowledge, found out where the 1929 La France was located in Missouri. He purchased it, brought it back to Brookhaven, and restored it yet again (sixteen years after Jim sold it). It was the truck that started the whole Shady Grove tradition. It was very important to Mike that the first fire truck that his father drove in Baldwin in 1950 stays in his family forever. Jim inspired his whole family to volunteer in the Brookhaven Fire Department. Mike Verni is a 34-year member and ex-Chief, his brother and brother-in-law are 35-year members and his sons and nephew are also members of the Brookhaven Fire Department.

The three trucks that now make up the Shady Grove Antique Fire Department are housed in a garage behind Michael Verni’s house and appear in local Fire Department parades and musters. The next generation is ready to take the wheel but Mike is not ready to retire any time soon he has too much fun just riding around town. For more history and pictures please visit our website at www.antiquefd.com which is still under construction or email Michael Verni at shady21@optonline.net.

Posted by John at 1:25 PM No comments: Links to this post

Newsday story on your Town government at work

This posting is not about you-know-what, but it is a great story about our helpful Brookhaven Town government and its employees.   It's a composite of several emails received today from members of the Fire Place History Club.

Who ya gonna call?

--- when you want help restoring your historic building?  House Busters (AKA the Town of Brookhaven, Department of Parks and Recreation).

Here are some quotes from the Newsday article (Newsday, October 2, 2009, click headline for article):

Bid to renovate an 1824 house turns to dust in Coram

The historic Mott House before the workers of Brookhaven Town came on Monday to help. They were going to clean it up and get it ready for restoration.

Now you see it, now you don't

The historic Mott House on Thursday, after the Brookhaven Town workers had finished their "clean up" job.

. . . workers over a period of three days removed parts of the building

"We went in there with the best of intentions," [Parks Commissioner Edward] Morris said. "It's an unfortunate incident."

According to two former parks department employees, a 2006 study determined that the Mott House was structurally sound.

"What I don't understand is the removing of things like windows and doors." [said Joel Snodgrass of Historic Construction Management.]

The Town had intended to put $89,000 toward the renovation of the site.

Gordon Heights residents had . . . drafted a federal Community Development Block Grant fund application . . . to restore the building. "Now we are in a situation where we have until Oct. 6 to put together a totally different CDBG application."

The site was quickly cleared. . . . In the haste to clear the site, Brookhaven squandered an opportunity to examine the debris . . .

Supervisor Mark Lesko said that he would launch an investigation. "I don't know what happened here, but we need to find out."

Councilwoman Connie Kepert offered a resolution to have experts help the town with its historic sites.