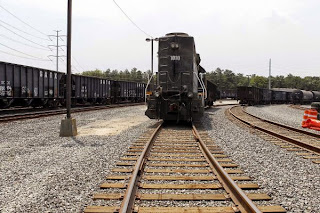 Posted by Hamlet Reporter at 3:26 PM No comments:

Perhaps the most beautiful place on all of Long Island is Squassux Landing, the Brookhaven Village Association’s 13-acre site along the longest and most ecologically productive river on Long Island, the Carmans River. Surrounded by the 2,600-acre Wertheim National Wildlife Refuge, it has been owned and operated by the BVA for the enjoyment of the community since 1945.

The history of Squassux Landing goes back thousands of years to a time when the Delaware Algonquins moved northward following the retreating glacier. The Carmans River is unique among all the rivers on Long Island in that it starts in the middle of the island and flows through the Ronkonkoma Moraine. This is because it was a tunnel valley created while the glacier was still here and the ice melt ran under the glacier.

The name “Squassux” is said to originate from an Indian potter named Wessquassucks, who lived here when the first Anglo settlers arrived in the late 1600s. Squassux Landing and all the land that includes today’s South Haven, Brookhaven and Bellport was purchased from the Unkechaugs in 1664.

As the first bit of high ground encountered when entering the Carmans River from the Great South Bay, Squassux Landing has been a port of entry for both Indians and Anglo settlers for centuries. The local band of the Long Island Algonquins were known as Unkechaugs, their main village located along Unkechaug Creek just east of Smith’s Point. Archeological digs indicate human habitation along Carmans River for thousands of years.

The Brookhaven/South Haven area was originally settled by residents of Setauket and known as Fire Place. It is said that this was the Indian name because fires were made near the kettle hole along Beaver Dam Road to signal a gathering for the surrounding villages for cultural events. The settlement continued using the name Fire Place until 1871.

Initially the main interest of the Setauket settlement in purchasing land along the south shore was its meadowlands and salt hay. They didn’t have to clear natural meadowland for their cattle and other livestock, and they used the salt hay for insulation as well as bedding and feed. Fire Place Road, remnants of which are now Old Town Road, led directly from Setauket to Squassux Landing and the meadows.

Many also came from Setauket for clamming, oystering, eeling, fishing and whaling. Squassux Landing was a protected area near the bay, a perfect place to launch their boats.

In 1780, Samuel Carman Sr. bought the mills along the lower Carmans River and later opened a store, tavern and Inn. Over the course of the next century the Carman family became quite wealthy and influential, and, by the mid-1800s, owned much of the land on the west side of Carmans River. Sam Carman Jr. had 12 children; in the 1840s, one of them, Joseph Henry, was given about 30-acres that included Squassux Landing.

Throughout most of the first 250-years of settlement, people who lived in Fire Place were farmers and fishermen and Squassux Landing was one of few places available to launch and moor a boat. There weren’t many residents and Joseph Carman didn’t mind people using his property along the river. Joseph Carman died in 1894 and passed the land to his two sons, who also let local residents use the property for their boats.

With the arrival of the railroad in 1880 came major changes in the hamlet and at Squassux Landing. Beginning around the turn of the century many residents built extensions to convert their homes to boarding houses, and ferries began to run from the end of Beaver Dam Road to Fire Island.

In 1907, the Carman estate, including Squassux Landing, was sold to Carman Lush, who had retired there from Hempstead. He was not as accommodating to the community as the Carman family had been. James Post, whose family was here since before the Revolution and who was vice president of the Brookhaven Village Association at the time, quietly bought the 13-acre Squassux Landing site from Mr. Lush and let the community use it freely again.

The BVA board created a Squassux Committee composed of several directors, chief among them Bob Lyons Jr, who developed and ran the landing until 1954, when they hired William Engelhardt Sr. as their first dockmaster.

From about 1900 to WWII, ferries and boaters leaving from Squassux Landing had a place to go on Fire Island, the Smith Point House located next to the Coast Guard Station. It was a hotel, restaurant and bar, which had a nice dock and boardwalk to the ocean. It washed away in the Hurricane of ’38, then was rebuilt but burned down shortly afterward.

After WWII another beach house and hotel, called Paradise Beach, opened about a quarter mile west of the former Smith Point House, which lasted until about 1958. In 1959, then BVA president Bob Starke resigned to form a separate corporation to sell stocks and bonds to buy land on Fire Island for Brookhaven hamlet residents, which became the Fire Place Beach Club. This 5-acre parcel was located just west of Bellport’s Old Inlet Club and most Squassux boaters were members.

In 1964, legislation creating Fire Island National Seashore was enacted and both the Old Inlet and Fire Place Beach Club properties were condemned and purchased by FINS. However, two 5-year lease -back agreements were signed and the Fire Place Beach Club remained open until 1974. FINS then decided that they would demolish the Fire Place Club but leave the Old Inlet Club dock, boardwalk and buildings for public use until nature claimed more than 50% of it, at which time it would become part of the Otis Pike Wilderness Area. That event occurred last year on October 29, with Hurricane Sandy.

This will be the first boating season since the 1950s where Squassux boaters will again be challenged to find a way over to the ocean beach, but I’m sure they’ll figure it out.

Posted by Hamlet Reporter at 3:24 PM No comments:

In the 45 years we’ve gone to the Memorial Day Parade and Ceremony in Brookhaven Hamlet, little has changed.  In looking back over photographs we’ve taken, it is often hard to distinguish them year-to-year, except the some people get noticeably older or no longer appear, some new facing gradually fill in, and plaques for new wars are placed in the small hamlet Memorial Park.  Yet each year is still meaningful, as Brookhaven in the tradition of small towns across the country, pauses to honor and remember those men and women who have sacrificed themselves for their country. 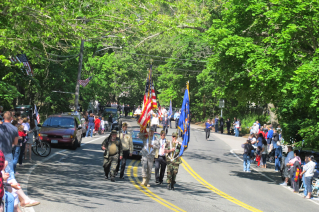 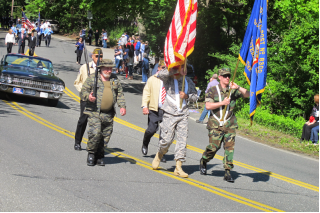 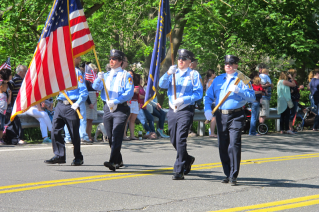 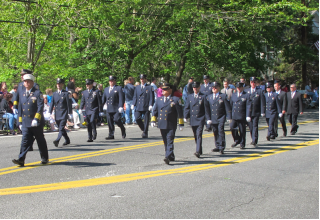 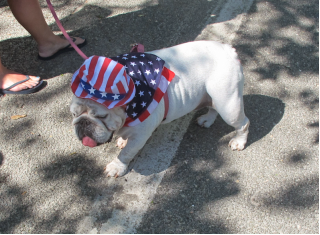 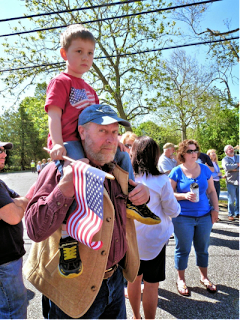 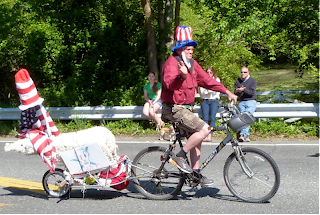 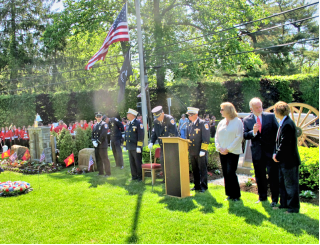 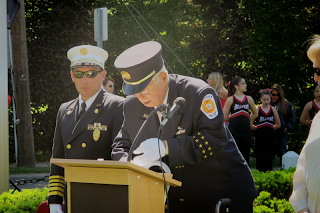 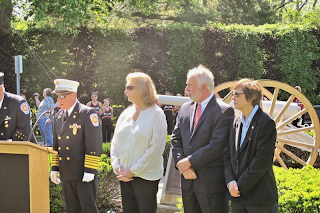 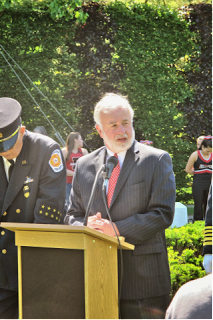 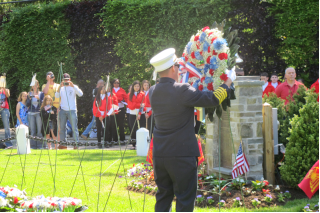 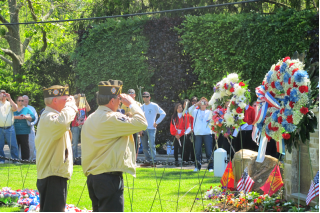 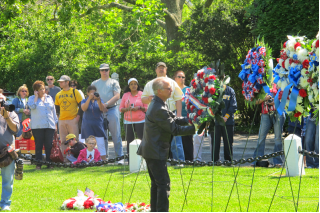 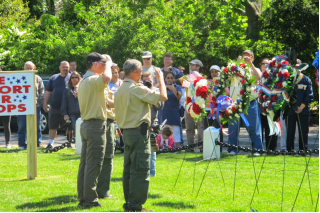 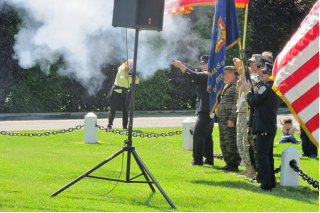 Posted by Hamlet Reporter at 11:15 AM No comments: