In a ceremony that has little changed for decades, Brookhaven Hamlet celebrated Memorial Day.  The parade forms at the High School and proceeds east on South Country Road to the Memorial Triangle. 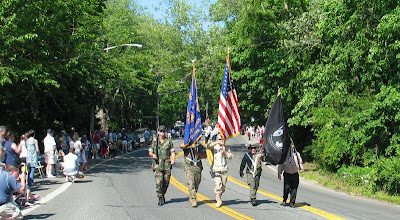 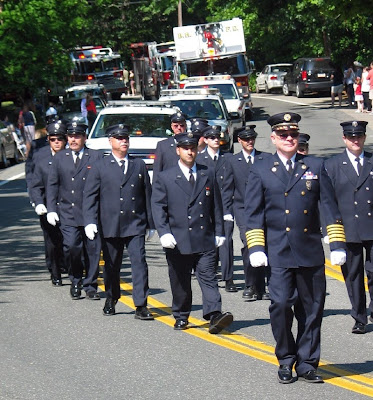 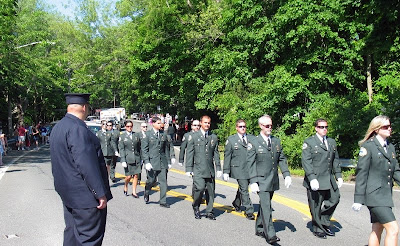 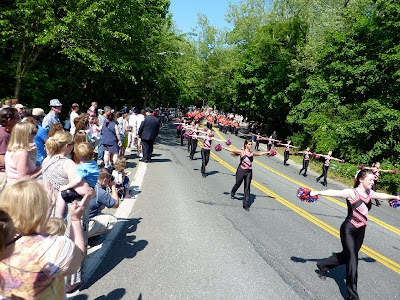 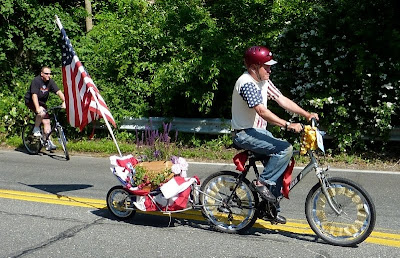 Bobby Sterling pleased the crowd with his decorated bicycle taking up the rear.
The day was beautiful, perfect for a parade.  Many from the community lined the streets and attended the memorial ceremony at the Memorial Triangle. 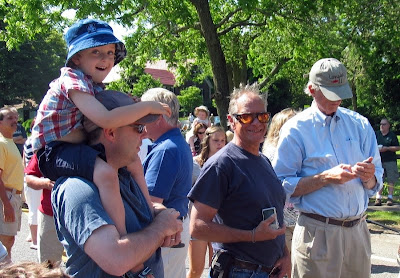 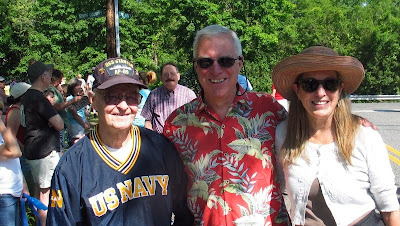 Master of ceremonies for the memorial events was Chief Peter DiPinto, Jr of the Brookhaven Fire Department.  The Bellport High School Band opened with the National Anthem. 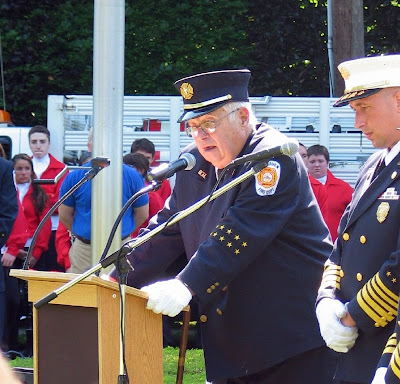 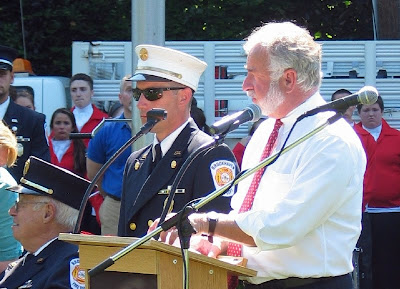 Chief Greg Miglino and members of the South Country Ambulance Company places a wreath.
The service concluded with Lt. Jim Leskowicz singing America the Beautiful, a firing squad volley, taps (with echo) played by members of the band, and a benediction by Ed. Sives, who then lead us in a chorus of God Bless America.  There were not a few tearing eyes.  A fitting Memorial Day remembrance.
*  A person not mentioned is John Joseph Foden, killed in Vietnam 25 Jan 1968.  The Fire Department is aware of the omission.
Posted by John at 9:03 PM No comments:

The Wertheim Visitor Center groundbreaking ceremony was yesterday, May 17, 2010, with the usual gold shovels. Of interest is a song written by Anne and Charlie Meinhold's daughter Cathy. Anne and Charlie are long-time residents of South Haven. 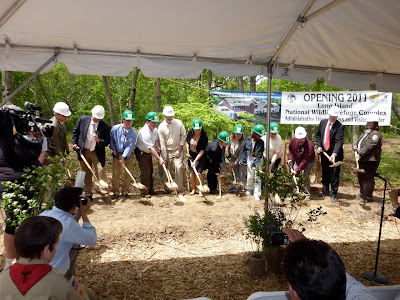 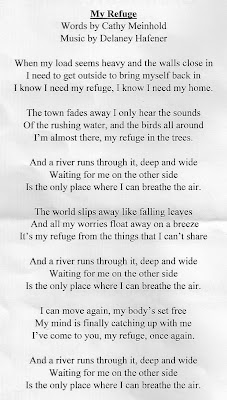 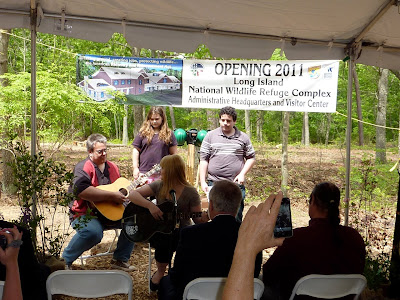 Posted by Hamlet Reporter at 12:02 PM No comments:

Reggie Seltzer called yesterday to let us know that the law clerk doing the reviewing, prioritizing and scheduling for State Supreme Court Judge Tannebaum told her that our case will be "heard,", i.e. a decision will be made, sometime in June. Reggie has been calling this law clerk almost on a weekly basis trying to impress upon him/her the importance of having a decision made ASAP.
Posted by Hamlet Reporter at 10:39 AM No comments:

All the stars are in alignment and we're about to begin year 2 using our Caithness Host Community Benefit grant money to restore the David Hawkins, Richard Corwin and, hopefully, the Barteau, cemeteries. For the David Hawkins Cemetery I have obtained a special use permit, as well as a key to get in, from the USF&WS covering the period May 12 - 21. I'll be meeting with Hollis first thing Wednesday morning, hopefully the cemetery isn't too overgrown. If it is I may need to call on whoever is available to do a quick clean up. The Corwin Cemetery is not a problem because the homeowner in front of the cemetery, Jeff Bland, is giving us his total support. As for the Barteau cemetery, everything depends upon Judge Tannebaum.
We have plenty of money to repair all three cemeteries. Hollis' estimate for David Hawkins is $2,600 and for Corwin $880. We have $5,235 left from the original $11,000 grant, so if the Hawkins and Corwin cemeteries come in as estimated we'll have $2,243 available to repair the Barteau cemetery, should we ever find it beneath the growth.
On the subject of cemeteries, the County, bless their souls, removed the debris we placed in front of the South Haven Church cemetery. But the Town, cuss their souls, hasn't done a thing. Although it's not too bad yet, we'll probably have to drag a lawnmower there soon.
Here are some pictures I took yesterday of the South Haven Church Cemetery.
Marty Van Lith 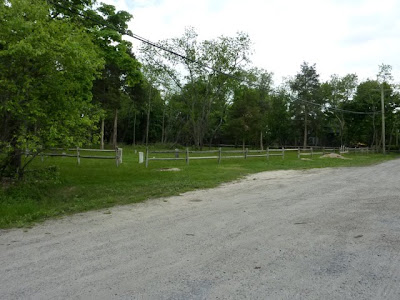 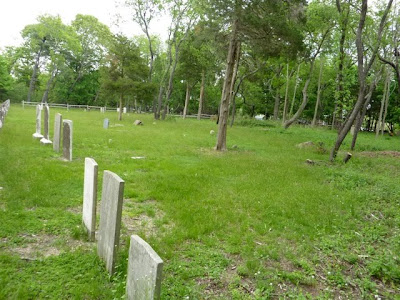 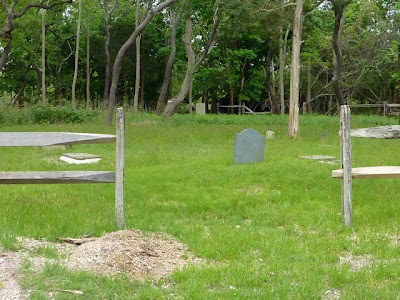