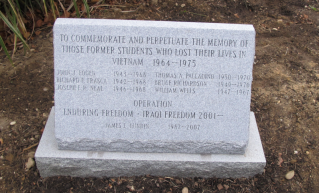 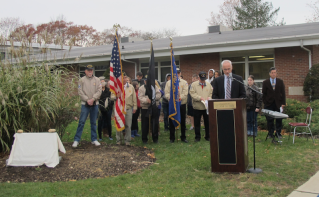 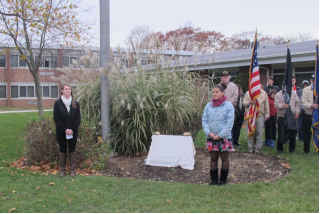 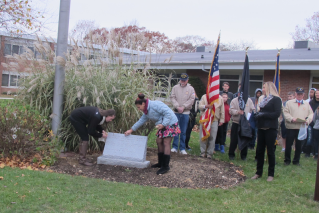 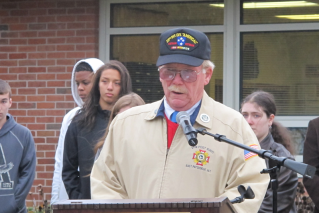 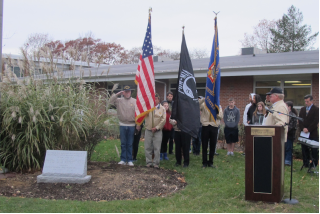 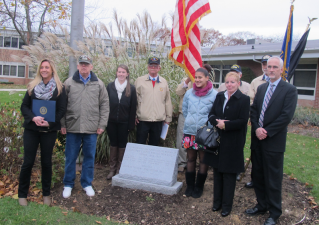 Posted by Hamlet Reporter at 2:18 PM No comments:

In addition to his NYC home, Arthur Danto was a long time resident of Brookhaven Hamlet, having a country home at 338 Beaver Dam road.  http://brookhavensouthhaven.org/HamletPeople/tng/getperson.php?personID=I16873&tree=hamlet.  He also wrote a short essay in 1985 in support of a historic district for the hamlet:  http://brookhavensouthhaven.org/History/Danto/DantoBrookhavenHamletAsHistoricDistrict.htm

Arthur C. Danto, a Philosopher of Art, Is Dead at 89

Arthur C. Danto, a philosopher who became one of the most widely read art critics of the Postmodern era, championing avant-garde artists like Andy Warhol and proclaiming the end of art history, died on Friday at his home in Manhattan. He was 89.

The cause was heart failure, his daughter Ginger Danto said.

The author of some 30 books, including “Beyond the Brillo Box”and “After the End of Art,” Mr. Danto was also the art critic for The Nation magazine from 1984 to 2009 and a longtime philosophy professor at Columbia.

“His project, really, was to tell us what art is, and he did that by looking at the art of his time,” said Lydia Goehr, a Columbia University philosophy professor who has written extensively about Mr. Danto. “And he loved the art of his time, for its openness and its freedom to look any way it wanted to.”

Mr. Danto was pursuing a successful career in academic philosophy when he had a life-defining moment. As he recalled in numerous essays, it happened in 1964 when he encountered a sculpture by Andy Warhol in a New York gallery. It was “Brillo Box,” an object that seemed to Mr. Danto to differ in no discernible way from the real cardboard soap-pad container it copied.

If there was nothing visible in Warhol’s sculpture to distinguish it from an ordinary object, Mr. Danto wondered, what made it art? At a time when more and more artists were creating works lacking traditional artistic qualities, this was an urgent question.

Leaving aside that Warhol’s sculpture was made of silk-screened plywood, not cardboard, the defining feature of the sculptural “Brillo Box” was, in Mr. Danto’s view, that it had a meaning; it was about something — consumer culture, for one thing. The real Brillo box only had a functional purpose. But how would you know whether you were looking at a meaningful or a merely functional object? The short answer was, you knew because the Warhol box was presented as art in an art gallery.

This led Mr. Danto to propose a new way of defining art. The term would be bestowed not according to any putatively intrinsic, aesthetic qualities shared by all artworks but by general agreement in the “artworld,” a community that included artists, art historians, critics, curators, dealers and collectors who shared an understanding about the history and theory of modern art.

If that community accepted something as art, whatever its form, then it was art. This required an educated viewer. “To see something as art requires something the eye cannot descry — an atmosphere of artistic theory, a knowledge of the history of art: an artworld,” wrote Mr. Danto in his oft-quoted 1964 essay “The Artworld.”

Mr. Danto’s notion of the art world inspired what came to be known as theInstitutional Theory of Art, an idea that was developed most fully by the philosopher George Dickie in the 1970s and that remains widely influential on thinking about contemporary art.

Mr. Danto also came to believe that in the contemporary world, no single style could dominate, as Abstract Expressionist painting had done in the 1950s. Pluralism would be the new order.

This led him to proclaim the end of art history. By this he meant not that people would stop making art, but that the idea of art progressing and evolving over time along one clear path, as it seemed to have done from the Renaissance through the late 19th century and into the first post-World War II decade, could no longer be supported by art of the late 20th century. After the ’60s, art had splintered and gone off in a multitude of directions, from Photorealist painting to the most abstruse forms of Conceptualism.

But if so many different kinds of things could be viewed as art, what, if anything, did they have in common? The common denominator, Mr. Danto concluded, was meaning, and that led him to propose that the art of our time was mainly animated by philosophy. Artworks in the Postmodern era could be viewed as thought experiments about such problems as the relationship between representation and reality; knowledge and belief; photography and truth; and the definition of art itself.

If the new art was philosophy incarnate, then the critic who was also a philosopher might have an advantage over the traditional critic when it came to understanding and explicating art. Mr. Danto got a chance to test himself in that capacity when he became the art critic for The Nation.

But while he won the National Book Critics Circle prize for criticism in 1990 for “Encounters and Reflections: Art in the Historical Present,” he was not universally admired.

The critic Hilton Kramer, writing in The New Criterion in 1987, likened Mr. Danto’s views to one of “those ingenious scenarios that are regularly concocted to relieve the tedium of the seminar room and the philosophical colloquium.”

Arthur Coleman Danto was born in Ann Arbor, Mich., on Jan. 1, 1924. He grew up in Detroit, spent two years in the Army and then studied art and art history at Wayne State University.

He aspired to be an artist, and he specialized in woodcuts, his daughter Ginger said. “He had quite a life as an artist,” she said, “but when he got money from the G.I. bill, he decided to study philosophy.” In 2010, Mr. Danto donated many of his prints and original woodblocks to the Wayne State University Art Collection.

He did graduate work in philosophy at Columbia University, and he studied with Maurice Merleau-Ponty on a Fulbright grant in Paris.

Mr. Danto began teaching at Columbia in 1951, earning his doctorate the following year. He continued to teach at Columbia until his retirement in 1992, after which he was named Johnsonian professor emeritus of philosophy.

Mr. Danto’s first wife, Shirley Rovetch, died in 1978. In addition to his daughter Ginger, who is a writer about art, Mr. Danto is survived by his wife, Barbara Westman Danto, and another daughter, Elizabeth Danto.

As The Nation’s art critic, Mr. Danto wrote extended reviews and essays about prominent artists, past and present, with philosophical insight, professorial erudition and, almost always, sympathy and curiosity. He avoided negative criticism, which he considered cruel.

His interests were catholic. “Unnatural Wonders: Essays From the Gap Between Art and Life” (2005), one of several volumes of collected reviews, includes essays on contemporaries like Damien Hirst, Barbara Kruger, Yoko Ono, Gerhard Richter and Matthew Barney and on past masters like Picasso, Giacometti and Leonardo.

His was the kind of art criticism that could engage even readers with no particular interest in art. “There is a lot of uninspired work in the galleries,” Mr. Danto once wrote. “But there is so much ingenious work, so much intelligence, so much dedication, and really so much high-mindedness in the art world that, were it shared by the rest of the world, we would have entered a golden age.”

Posted by Hamlet Reporter at 1:14 PM No comments:

Day in the Life of the Carmans River

Fish using EZ-Pass? Suiting up in boots and waders? Those don’t sound like part of a normal school day, but Sept. 27 wasn’t a normal school day for 380 students from six schools near Brookhaven National Laboratory. It was the second annual “Day in the Life of the Carmans River” workshop.

Posted by Hamlet Reporter at 3:02 PM No comments: