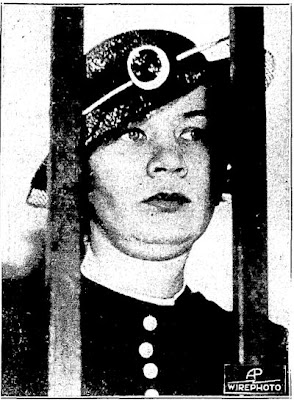 It was a lovely spring day. The weather was fair and in the upper fifties on Sunday, May 16, 1937 as sixteen year-old May Savage of Brookhaven Hamlet was walking through the woods near her home about 100 feet east of Yaphank Avenue [this section now generally known as Old Stump Road]. But her pleasant afternoon was shattered when about 2:50 pm she discovered the body of a young girl whose throat had been cut and whose body burned.

Thus began an episode that brought to Brookhaven Hamlet notoriety that was front page headlines in newspapers across the country.

Finally, after several years of procrastination, I have finally gotten to posting this story on the Brookhaven/South Haven web site at http://brookhavensouthhaven.org/history/HelenTiernanMurder/HelenTiernanMurder.htm

While the news stories appeared in many national and international newspapers and were carried by the wire services, the accounts here are mostly transcribed from local community newspapers. They were selected to “tell the story” from a more local community perspective.