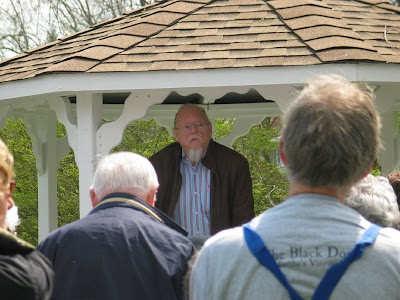 The Fire Place History Club conducted its 3rd tour of the Fire Place Historic District (Brookhaven Hamlet, NY) on April 11, 2010. About 50 people attended, led by John Deitz, on a leisurely walk from the Memorial Triangle to Painters' Restaurant. 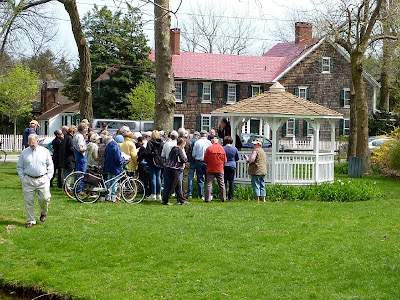 We started at the Gazebo in the Fire Place Park. In the background is the Miller homestead. The park is in the center of a former Miller farm trout pond. The story of the highways, historic Brook Store and other farms in the area, as well as the origins of the Memorial Triangle and park, was told. 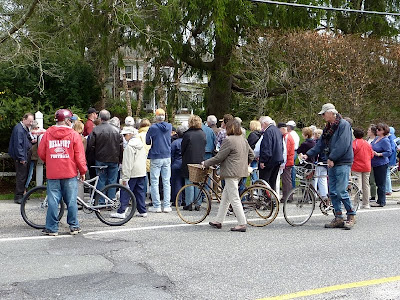 The former Valentine House -- Jacob Valentine was the long-time proprietor of the Brook Store in the late 19th and early 20th centuries, founded by the Ellison family in the early 19th century. 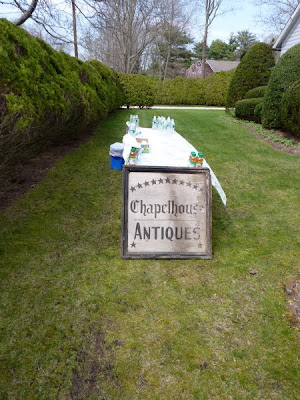 Light refreshments were served by the Ludlows in the yard of the Chapel House. 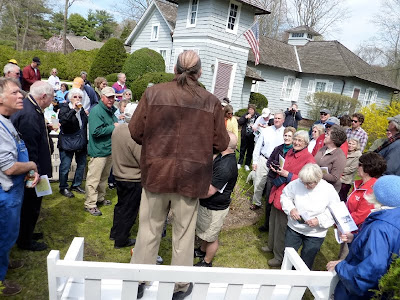 Among the homes on the tour was the Richard Corwin homestead (below), and the longtime home of his son, Sylvester Corwin. 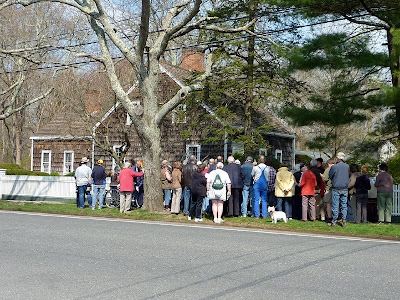 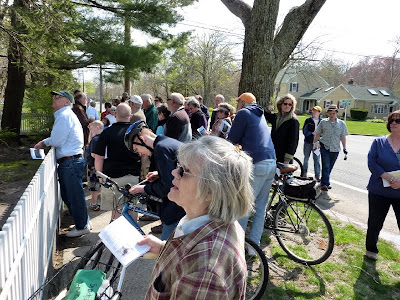 .. and the homestead of Nathaniel Corwin, another of Richard Corwin's sons. The Corwins were prominent farmers in Brookhaven Hamlet through the 19th century. 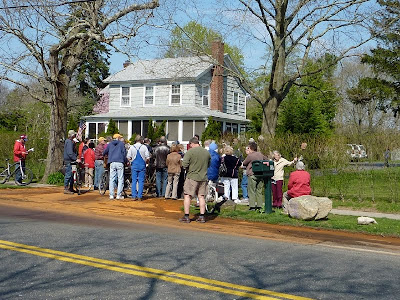 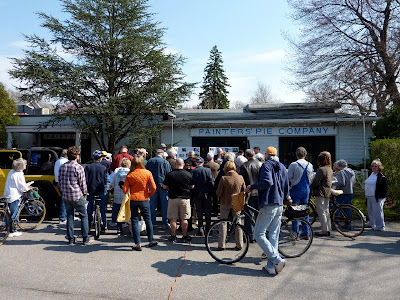 The tour was one of several events in the Town of Brookhaven celebrating the 355th anniversary of its founding.
Tour guides of the Fire Place Historic District are available.
Photos by Marty van Lith and Richard Thomas
Posted by Hamlet Reporter at 10:12 AM