You missed a fiery speech 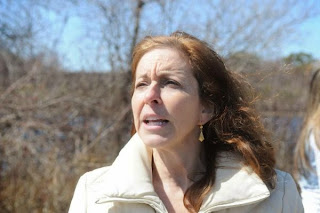 Andrienne Esposito, in Patchogue Sunday afternoon on April 6, 2014, where she announced that she will run for state senate.(Credit: James Carbone)

Adrienne Esposito, a well-known Long Island environmental activist, formally entered the race for state Senate on Sunday, saying she wants to expand her focus beyond the environment.

She said "working class" concerns, including jobs, property taxes and women's issues such as affordable day care and equal pay, would be her focus. Esposito spoke before a group of about 50 supporters and elected Democrats who came out to support her at an East Patchogue park.

"I want to fight for more things, more solutions," Esposito, 53, of Patchogue, said.

If successful in any Democratic challenge, she would face Conservative Islip Town board member Anthony Senft, who has Republican backing to fill the upcoming Third District vacancy.

She said she was not prepared to make an announcement regarding her employment as executive director of the nonprofit Citizens Campaign for the Environment. Republicans have called for he to resign her position.

Esposito is not a registered Democrat -- she's not registered with any party, known as a "blank." But Suffolk County Democratic chairman Richard Schaffer said she's a known and respected participant in political circles.

"She's pretty much in line with Democratic values," he said. Democrat Joseph Fritz, an attorney, has also expressed interest in running for the vacant Senate seat. Schaffer said he is neutral on the potential primary, but said he's having conversations with Fritz.

The Third District seat, which GOP state Sen. Lee Zeldin of Shirley is vacating to run for Congress, is one of three on Long Island that could be crucial to Democrats to tip control from a coalition of state Senate Republicans and several dissident Democrats. 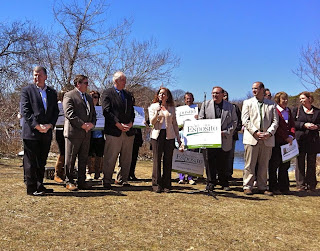 Posted by Hamlet Reporter at 8:06 PM