Lesko asks the state to pre-empt the local level to protect the river. 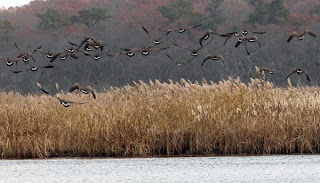 Leaving the town board out of the process, Brookhaven Supervisor Mark Lesko has asked the state to extend the Pine Barrens Core to protect the Carmans River watershed.

The state Pine Barrens Commission unanimously passed his motion Wednesday, sending the proposal to the State Legislature for consideration.

The proposal would extend the mapped boundaries of the Pine Barrens Core to include 3,500 acres in the watershed. If approved, development would be prohibited on those acres and stricter state water quality standards applied to the river.

He said later that town board politics and the delay in crafting a new plan compelled him to seek state help. "This is a classic case where we need state pre-emption," Lesko said. "A third of the river flows through a federal preserve. I'm asking the state to pre-empt the local level to protect the river."

Plans to protect the ecologically delicate Carmans River, stretching from Middle Island to Bellport, have been the subject of contention among Brookhaven officials. Last month, Lesko withdrew his plan to allow developers to build higher-density housing away from the river in exchange for property in the watershed.

Opponents, including board members, feared Lesko's plan would lead to overdevelopment and proposed a new $30 million plan to fund preserving "critical watershed properties" and other waterways in Brookhaven, based on input from town meetings to be held in the next few weeks.

"The town board majority has made no showing in the past 18 months that they are moving ahead with a mechanism to protect the Carmans River," Amper said.

Councilwoman Connie Kepert blasted Lesko's move, which she said was not communicated to the board and negates the point of the upcoming community meetings.

"Apparently, the supervisor is going forward without input from the community," she said. "The big problem for the folks I represent is that this plan takes away their property rights" Kepert said, comparing Lesko's move to "using a hammer where a scalpel will be the appropriate tool."

Posted by Hamlet Reporter at 7:48 PM